The road from St Pierre-de-Maille suddenly dipped off the upland plateau down towards the river Anglin, a tributary of the Creuse, where a simple old bridge crossed it in the shadow of the ruins of an impressive fortress on limestone river cliffs.

We gentle drove up the steep narrow winding streets of Angles sur l’Anglin passed that ruined fortress and the entrance to a pre-historic site where people had lived in the stone age. Towards the top of the village we found Le Relais du Lyon d’Or in a beautiful old house built round a courtyard and still run by the family who owned the building. We had lovely rooms just across the courtyard from the dining room. Le Relais offered a delicious if limited range of food that changed a little each night, as well as a range of interesting local wines to complement its cellars. M. le Patron was very helpful in helping us choose the food and wine as well as suggesting local places we could visit. 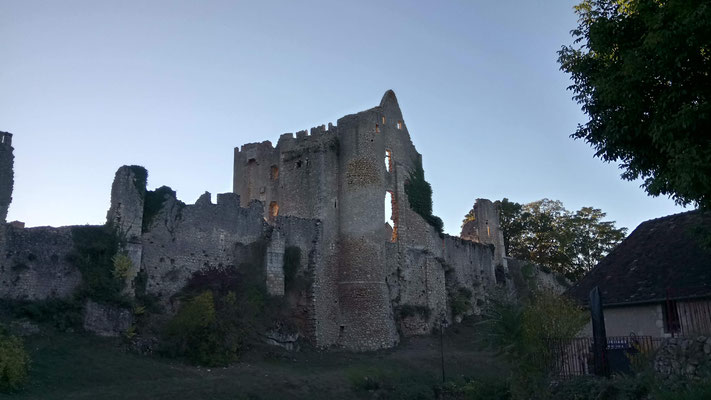 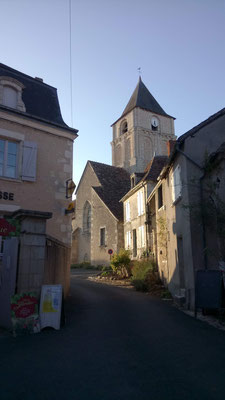 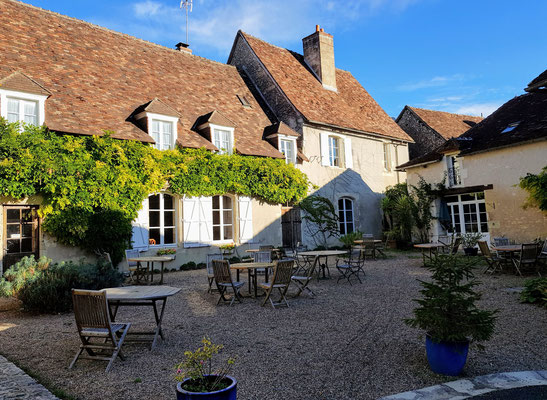 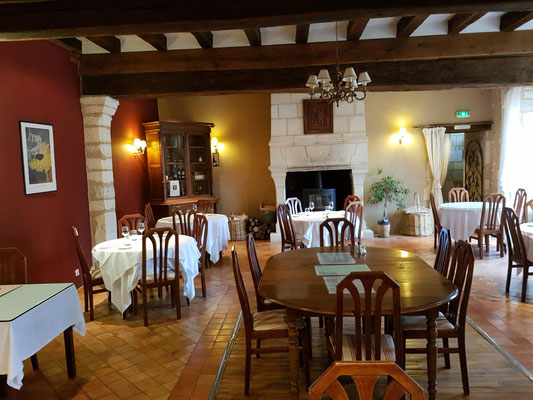 Up the road from the hotel was a church with a green overlooking the Anglin. It gave us a fabulous view of the castle and the town, with some lovely soft lights in the evening. It also gave us a route down to the river where people could walk along. We took this route one day away from the town, eventually emerging on the road from Angles to Vicq-sur-Gartempe. From here we found a field track that looped us round past a water tower to the East of Angles. From this point there was a waymarked route that led us through some wild meadows protected by the community that eventually brought us out near the pre-historic shelter. There were a number of waymarked paths around the town. Unfortunately, most of the restaurants/ bistros were shut by the time we visited in early October. However, we did find a delicious quiche for lunch in No. 15 Salon de Thé by the old bridge with a wonderful view of the ruined castle and old watermill across the river. The decor was interesting, quaint, reminiscent of an England long past - 1930s perhaps - as well as some old photographs of former local proprietors. We were amused as we normally avoid English kitsch when travelling. The staff were very friendly and happy to explain about the photographs and the décor, one of them in very good English. As we left, we remarked on this, as well as complementing them on their hospitality. It turned out she had been born in Britain, but left many years before! 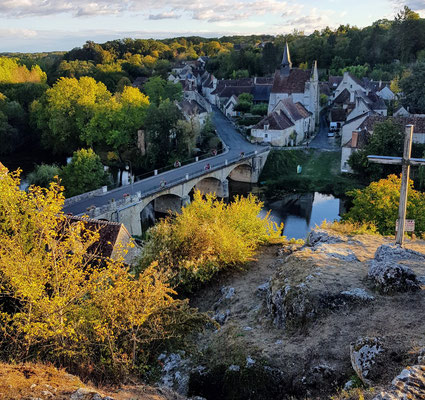 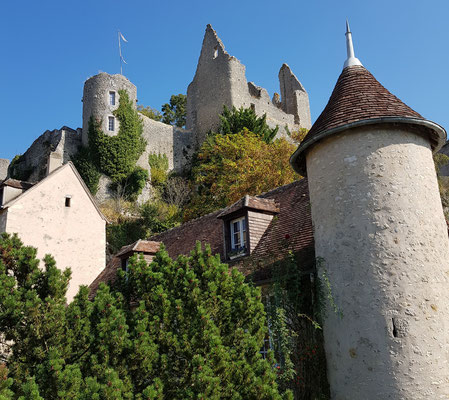 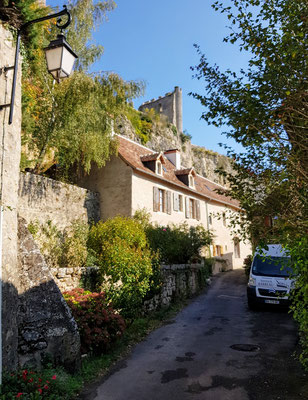 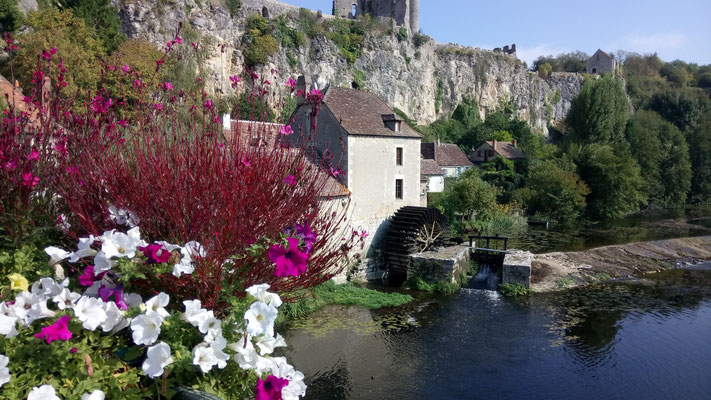 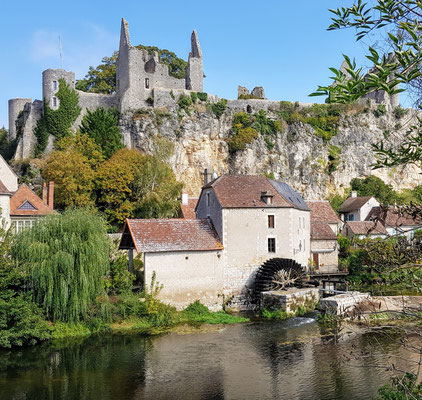 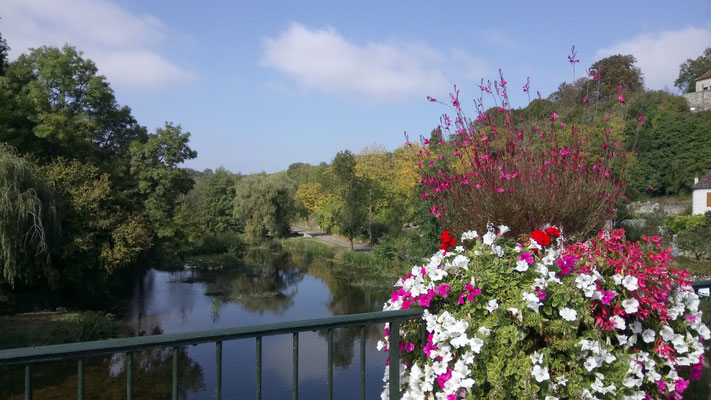 Just a few minutes along the road by car from Angles were two fascinating historic sites. Chauvigny had a mediaeval city of five fortresses high on the cliffs above the modern town in  the valley while in nearby St Savin were wonderful church frescoes and an excellent video explaining life in the mediaeval church and how the frescoes came to be made, a UNESCO heritage site. But closest of all was the Parc Naturel Régional de la Brenne, an area of heathland that was covered by many small lakes that had originally been dug as fishing lakes by local clergy and landowners. Here, we found some brief walks and some interesting birdwatching, although the main reserve was closed to visitors. In one hide by a small marshy lake we spent an amusing 45 minutes or so watching a young cormorant trying to eat a fish that was too large for it to eat, as well as seeing Mallard and a Great Egret. The cormorant finally managed to swallow the fish after several times lubricating it with water. Ourselves and the other birdwatchers shared a smile of relief when it succeeded. To our delight the Maison du Parc was open for lunch as well as offering a well-stocked visitors’ centre where I found a book on the legends and myths of the area – fascinating reading!