Salt Mines of Wieliczka near Krakow

We arrived at the Salt Mine (https://www.wieliczka-saltmine.com/) by coach from the centre of Krakow. From the car park at the mine we had a brief walk to the entrance at the Daniłowicz Shaft, where we walked down approx. 380 wooden steps to Level I (64 m below ground) of the Mine. We eventually returned to the surface by a miners’ lift from Level III (135 m deep underground) after about two hours, having seemingly walked miles and climbed about 800 steps. Tourists have been visiting these mines since the 15C. Copernicus was one of them. From Level One we walked down through a series of galleries showing how salt had been mined since Neolithic times. Until the 13C the mining was to release salt water (brine) which was then dried by boiling it in iron pans. It was used as a preservative for fish and meat, as well as for a unit of exchange instead of money. Mining was a very hazardous process – having to burn off build ups of gas, for example. 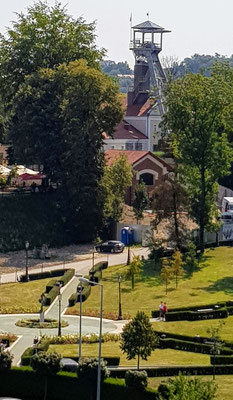 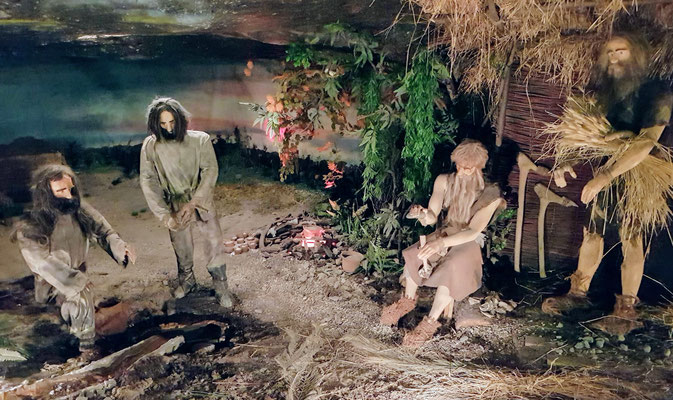 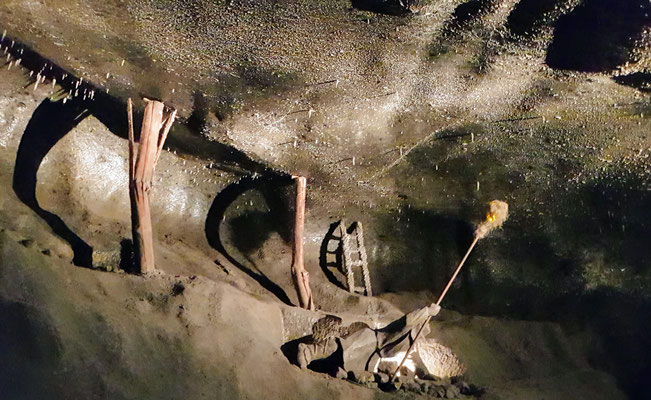 In the 13C rock salt was discovered leading to the first shafts being dug.To get the rock salt to the surface people climbed up primitive ladders cut in the rock carrying it on their backs from one level to the surface. By the end of the Middle Ages, 300–350 people worked in Wieliczka and the annual production of salt reached 7 000 – 8 000 tonnes. This was a hugely important industry for Poland.

From 17C horsepower became the main means of moving heavy materials either underground or using gigantic windlasses to lift materials and people to different levels of the mine.

The work was very dangerous – hence the underground chapel for workers to pray – and the workers were overseen by underground foremen in comfortable offices. 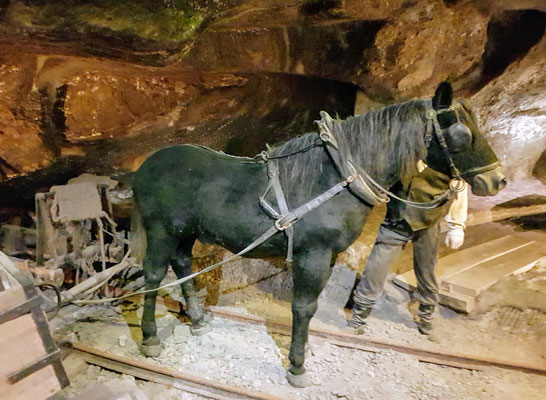 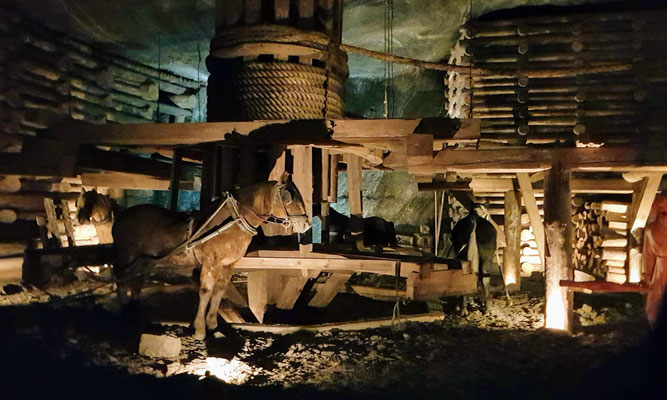 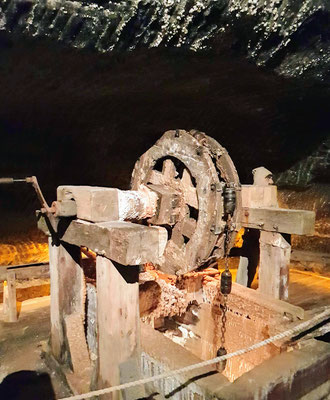 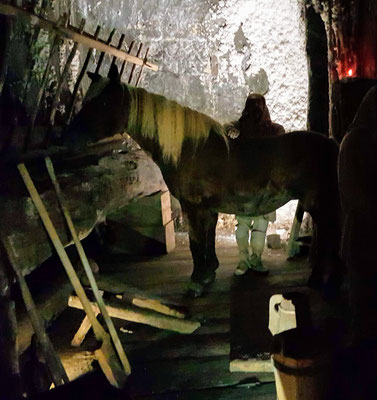 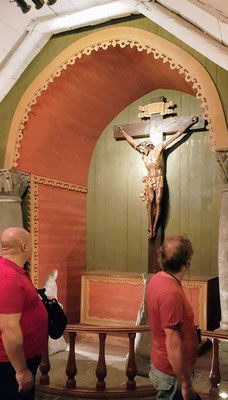 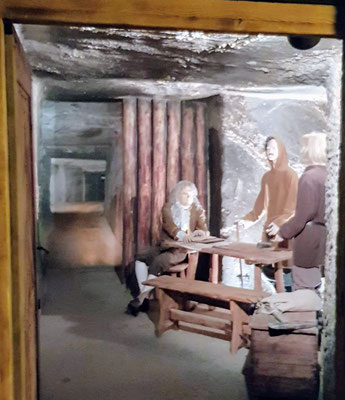 However, the miners also produced some marvels such as the Hall of St Klinga, an early Polish king, with its decorations of everyday life. The Hall is now used for weddings and concerts!.

As some of the former workings were abandoned, they filled with water creating brine lakes, some of which you can now sail on! However, the caverns need to be regularly inspected in case they are at risk of collapse needing to be shored up or filled in to prevent that. 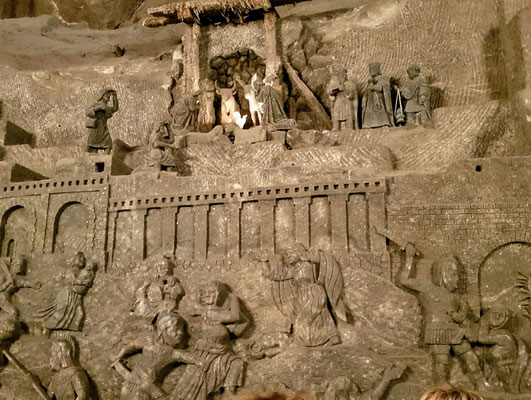 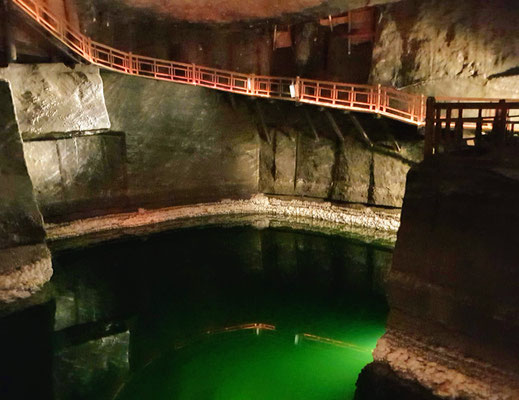 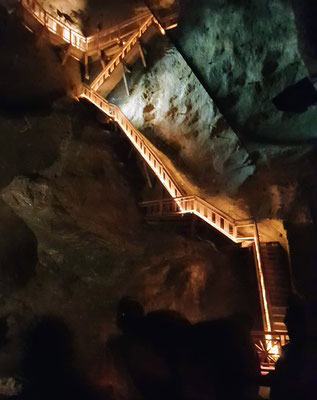 Our tour ended in the vast Daniłowicz cavern that was dug out in the 17th C and now houses various tourist shops, as well as this enormous staircase to nowhere. From there we walked to the bottom of the lift shaft to be taken to the surface in an old miners’ lift, up the original shaft. Salt production stopped entirely in 1996, but by then the mine had already been declared a UNESCO World Cultural and Natural Heritage site in 1978 and in 1994, a national Historic Monument.