Site
Dijon’s first settlement was in Neolithic times. Later it became a Roman settlement named Divio, located on the road between Lyon and Paris. The province was home to the Dukes of Burgundy from the early 11th until the late 15th centuries, and Dijon became a place of tremendous wealth and power, one of the great European centres of art, learning, and science.
Dijon is situated where two small rivers converge: the Suzon and the Ouche. Located at the northern end of the main Burgundy vineyard area, Dijon is nowadays best known as one of the wine capitals of France, and also for its famous mustard, la Moutarde de Dijon, which is known worldwide. However, the yellow fields that can be seen round Dijon in the spring time are fields of colza, or oil-seed rape, not of mustard.
The city lies 310 km (193 mi) southeast of Paris, 190 km (118 mi) northwest of Geneva, and 190 km (118 mi) north of Lyon.

At the entrance to Place Darcy, this 18th-century arch was originally part of the city wall but is now free standing - see photos below. It forms the western gateway into Dijon's pedestrianised medieval centre. Right beside our hotel 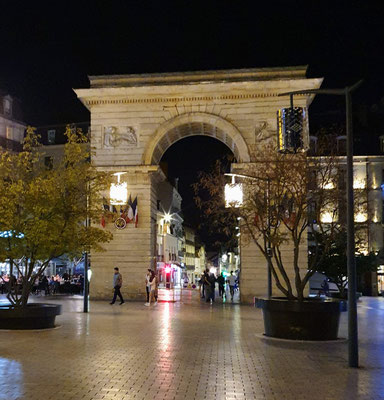 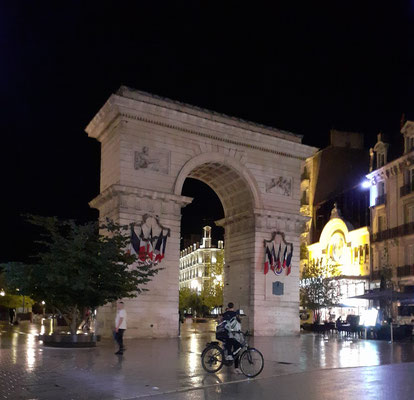 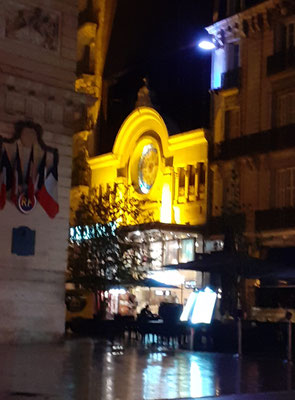 is in front of the Ducal Palace, now the seat of regional government for Burgundy-Franche-Comte. The palace includes the Tour de Philippe le Bon, a "guette" overlooking the whole city. However, most of what can be seen of the palace today was built largely in the 18th century, in a classical style.

Much of the centre of old Dijon is pedestrianised making looking around very comfortable for tourists.

In the pictures below can be seen, from left to right: 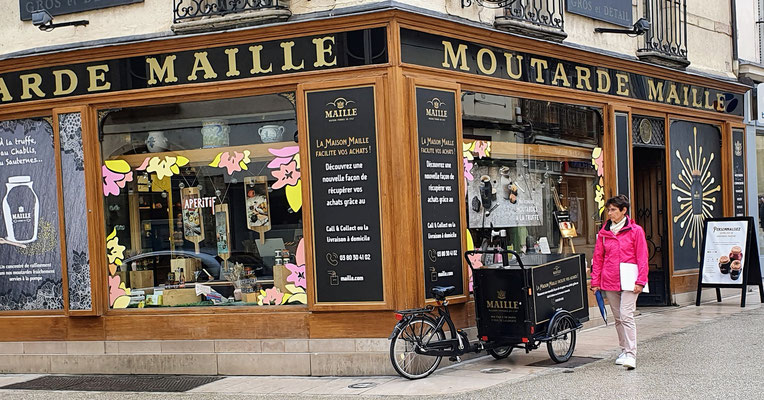 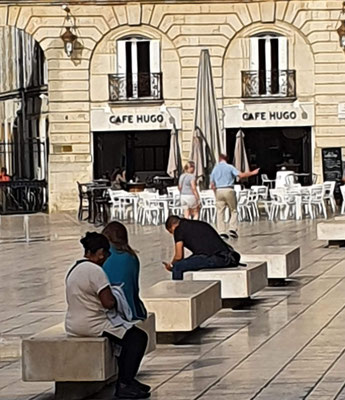 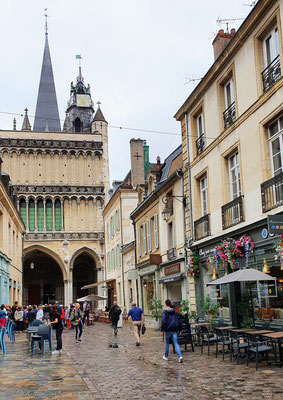 This shows Notre Dame church looking down the rue de Chouette (owl). The owl is the symbol of Dijon, and 22 little owls are set in the pavements to lead tourists on a trail of the main sites/sights in old Dijon

The pictures below show more of Mediaeval streets 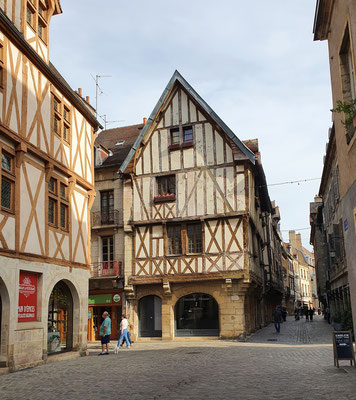 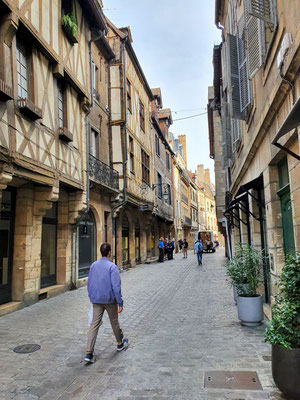 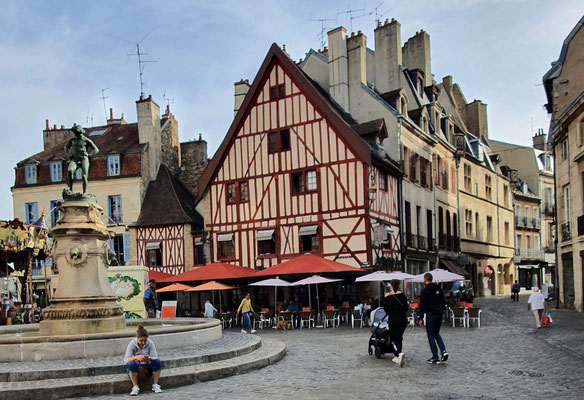 The church with the owl is in the mediaeval centre of Dijon, close to the Ducal Palace. The owl (see below) was sculpted in the 16th century and stands in an obscure corner of the church. 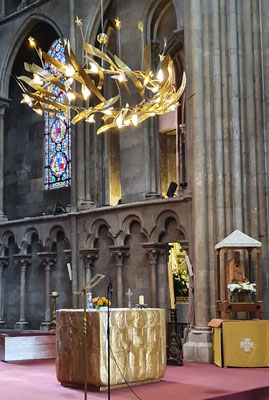 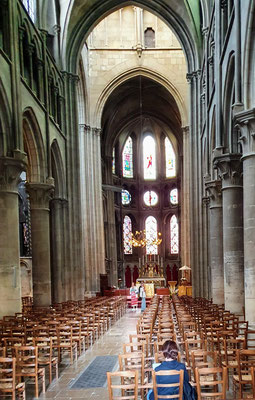 Most of the palace that can be seen today was built in the 18th century. As well as housing the administrative offices for the regional government of Burgundy-France-Comte, it also houses a magnificent Art Museum and a delightful cafe in its courtyard.

The pictures below give further exterior views of the palace, the two in the centre showing aspects of the interior courtyard of the palace 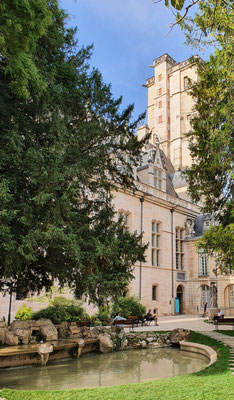 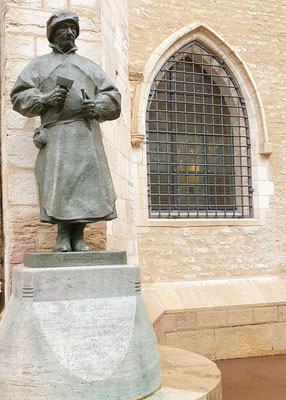 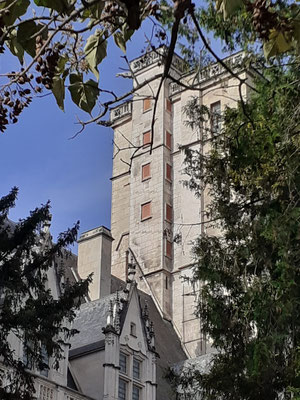 Inside the Ducal Palace is a magnificent art gallery! In what was the main banqueting hall now lie the tombs of two of the Dukes of Burgundy, one of which is shown here, and one below

Above the hall is a minstrels' gallery from where the diners would have been entertained. Their instruments are on display in a side gallery nearby and are shown below.

Nearby is the Musée Magnin housed in a 17th century residence, the Hôtel Lantin. It contains  the remarkable collection of a 19th century collector, Maurice Magnin, who acquired over 2000 works of European art from the 16th to the 19th century; including works by Breughel the younger, Cariani,  Le Sueur, Bastien-Lepage and Géricault. 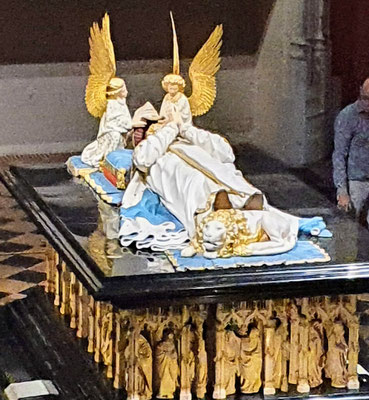 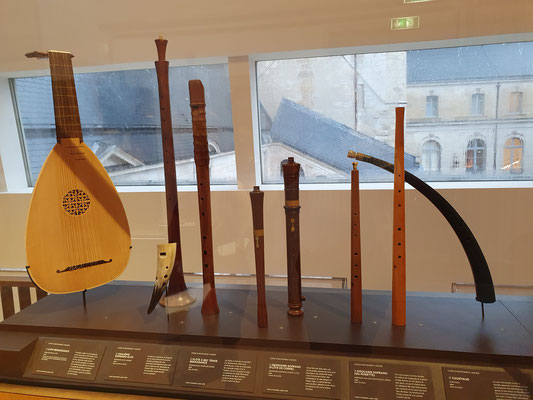 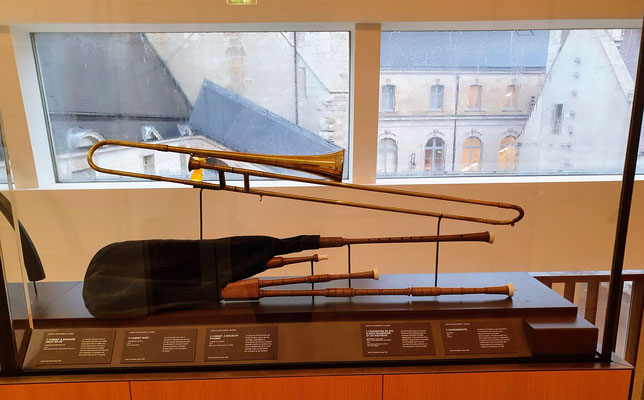 Built in the 13/14th century in ‘Burgundian Gothic’. Inside - see the pictures below - was an interesting wall painting, but with no information to explain it, a beautiful chapel, and what looked likle a magnificent organ. But there was scarcely any information in the church about these sites. 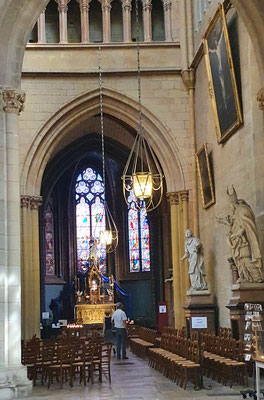 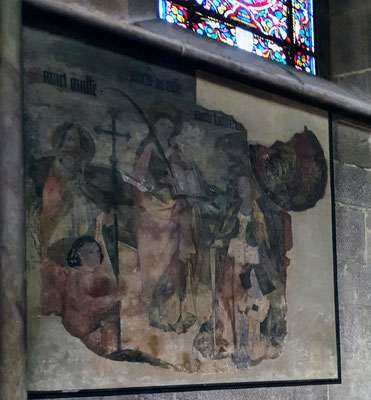 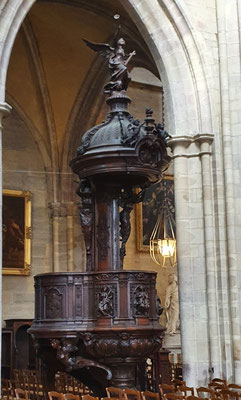 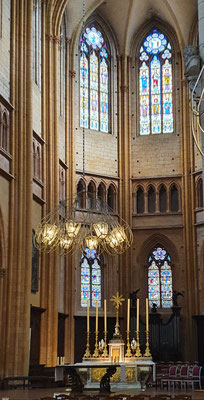 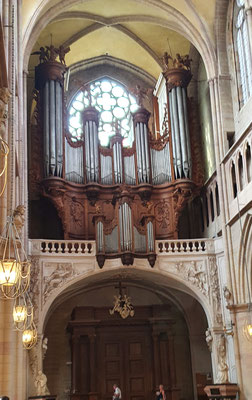 Just across the tram tracks from Place Darcy, was this delightful park, including a children's play area.

François Pompon (9 May 1855 – 6 May 1933) was a French sculptor who was a pioneer of modern stylized animalier sculpture. He was not fully recognized for his artistic achievements until the age of 67 at the Salon d'Automne of 1922 with the work Ours Blanc (White Bear) (left). 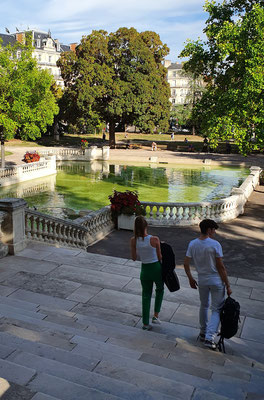 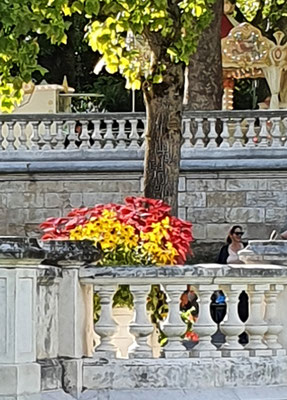 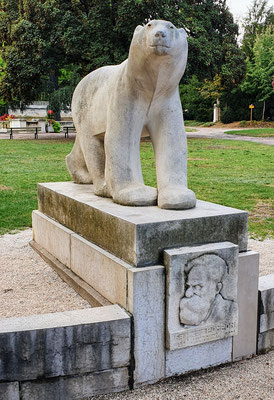 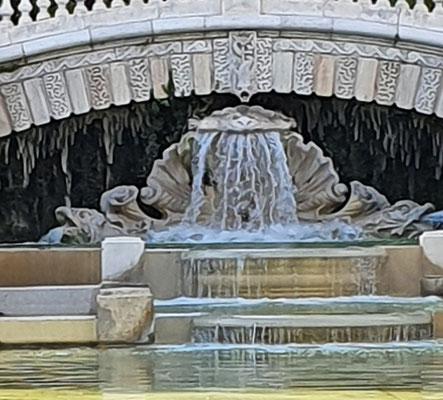 Just South of the railway tracks, at the western end of the railway station, and just beyond the Parc Darcy, lie the Botanic gardens. They contain an early Renaissance sculpture, the Puits de Moise, just visible in the bottom right hand corner of this photograph. Sculpted around 1400 by the Dutch sculptor Claus Sluter, it is a memorial for Duke Philip the Bold, and is considered the finest example of late gothic sculpture.

Below is a statue near a lake in the gardens, and a celebration of vine growing in Burgundy 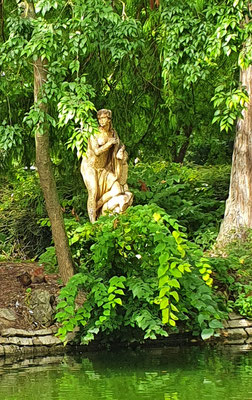 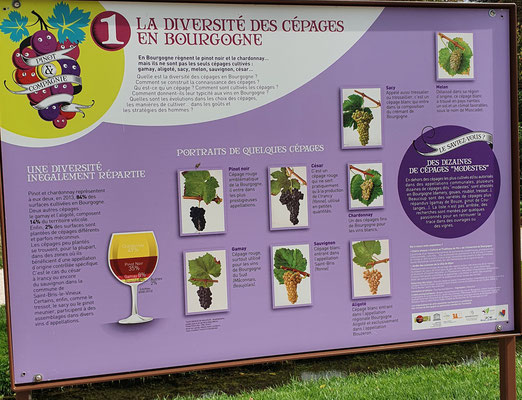 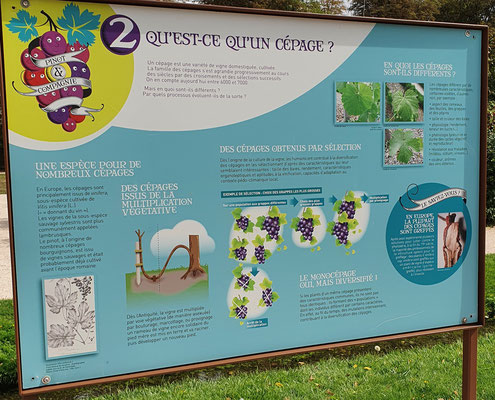 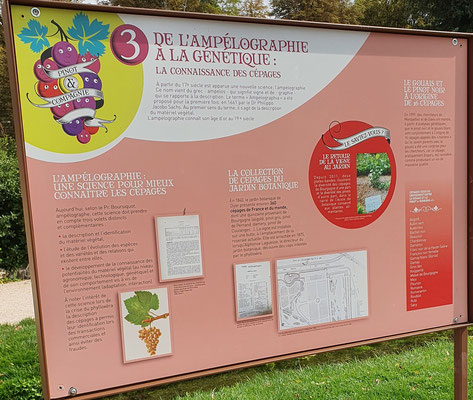