Africat and the Angry Leopard

We arrived at the Okonjima Nature Reserve of the Africat Foundation ( https://africat.org ) part way through the afternoon having driven up from the Kavango River bushcamp near Rundu, on Namibia’s Northern border with Angola. We were late for our afternoon safari so drove into the reserve with permission. Fortunately, we caught up with the safari vehicle that was going to take us to our camp just before the dirt roads got really rough. The bush camp had a beautiful site, albeit with outdoor facilities, but there was a troupe of baboons barking nearby that evening. Passing rangers told us they would keep an eye on them to dissuade them from raiding our camp that night. The night, however, passed quietly, so the next day we were fresh and ready to go to visit the Angry Leopard in its special enclosure. We travelled in an Africat safari vehicle. These extra-large high vehicles discourage wild animals from attacking travellers while giving visitors a good view of the wild life. 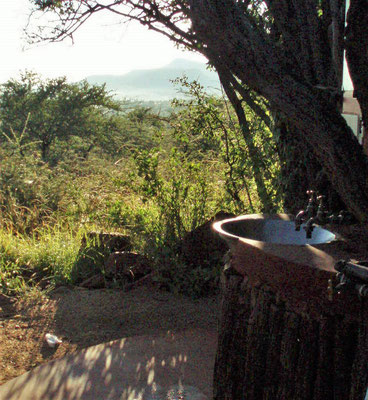 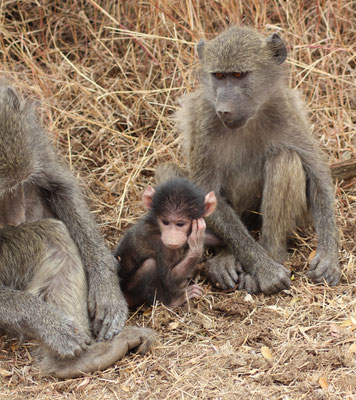 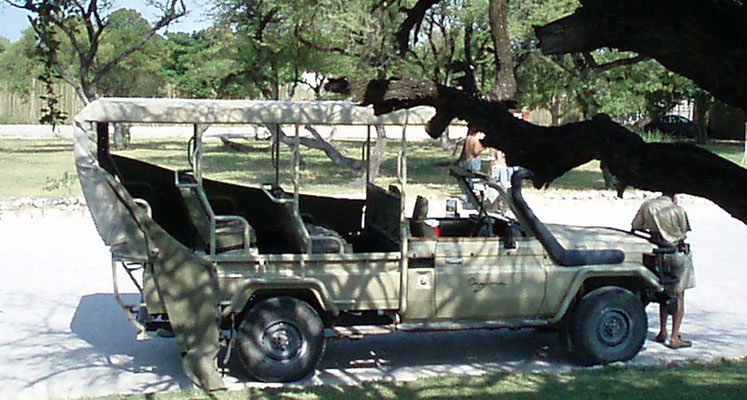 The Angry Leopard’s enclosure had extra tall fencing as well as a special hide from which to view it. This had shutters on its windows which could be dropped in a flash – a ranger stood by us ready to drop them if the leopard attacked. A previous week a visitor had incautiously left her handbag near an open window and the leopard grab it, putting his clawed paws through the window. The fencing of the enclosure was especially tall because, one time in recent memory the leopard had attacked the ranger feeding it by jumping over the fence and chasing him down the road in his open-topped Landrover. He didn’t even have time to turn the Landrover round, but had to drive backwards as fast as he could. Fortunately, he soon passed nearby a troupe of baboons.

Now, baboons do not like leopards, so they mobbed the leopard which took its attention away from the ranger to this new threat. 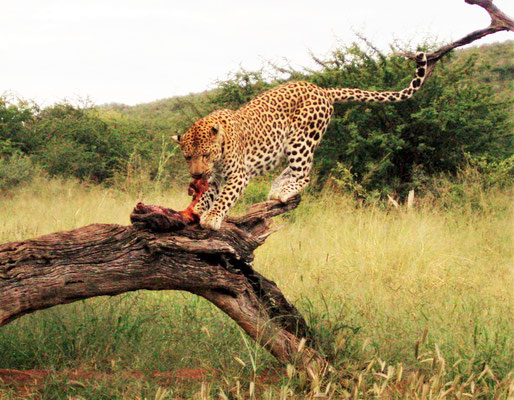 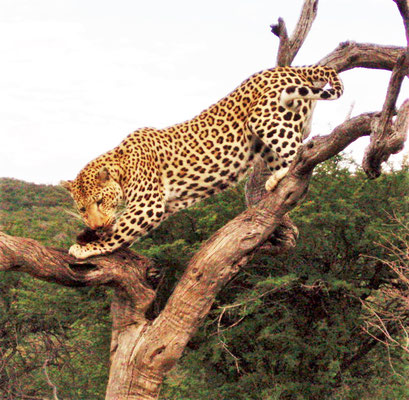 Leaving the Angry Leopard safely behind bars, we drove on along rough roads to several other enclosures in the Okonjima Reserve. Each of these covered vast areas of hillside scrub and held different animals, such as hyena, wild dogs and cheetah which were being studied in their wild state and habitat, as well as Kudu and troupes of baboons which seemed to roam everywhere. 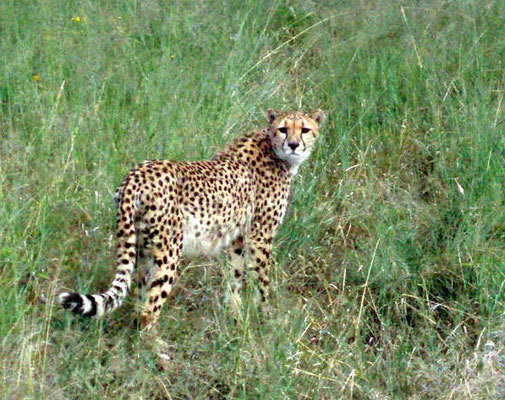 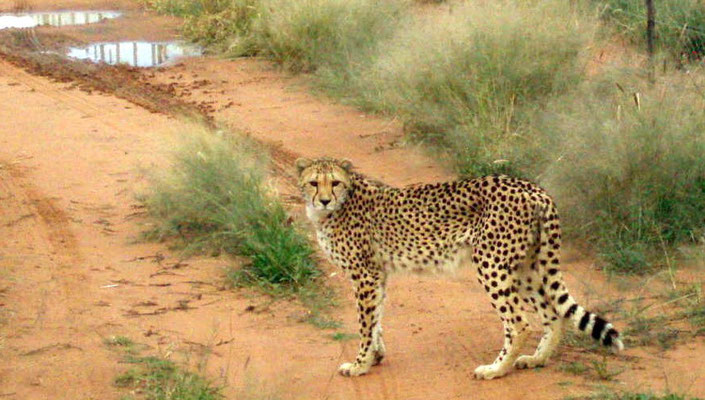 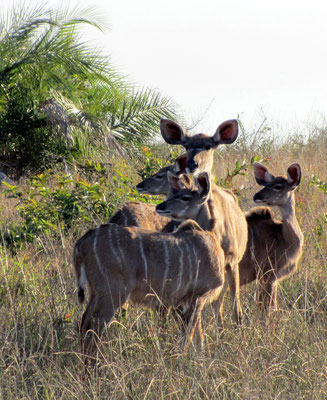 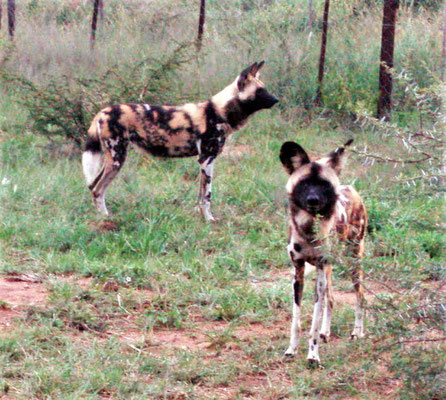 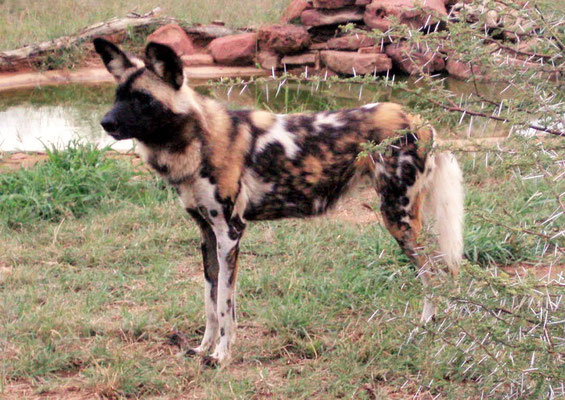 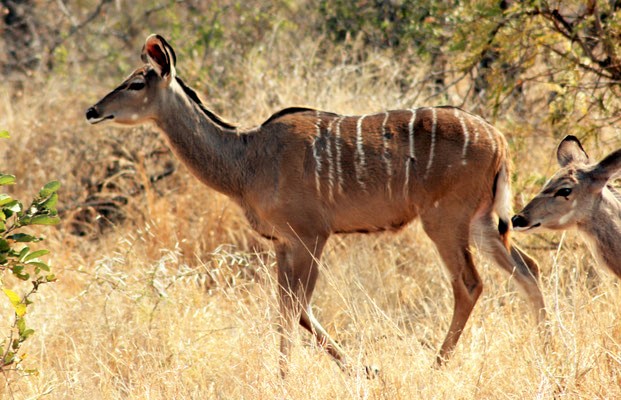